Mum-of-three Stephanie was constantly looking over her shoulder, terrified of an attack from her abusive ex-partner. A piece of technology on her wrist has changed things for the better.

“We were in a relationship for nine years but the domestic violence didn’t really start until the last four years, and had never been physical the whole way through – it was always verbal and emotional. And then one day he literally snapped and tried to kill me. It’s only because there was another person there who pulled him off me that I’m here now,” says Stephanie*.

From the time of the incident to the court date years later everything that could go wrong did. Stephanie’s bank and real estate released her new address to her ex-partner, and the court did the same with her new doctor, physio and dentist’s locations.

“The court process literally destroys victims, it is not set up in a safe way. What happened to me is very typical,” she says. “That’s why so many people do not report and don’t go down that path.” 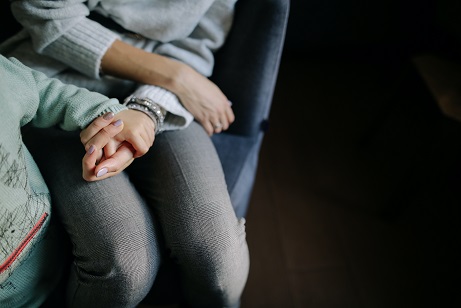 Reporting a domestic violence assault to police isn’t the end of the story for survivors.

After years of stress, her ex-partner was only sentenced to nine months good behaviour and a $500 fine. There is a no-contact Domestic Violence Order (DVO) in place – but Stephanie says it doesn’t mean much as her ex has breached it more than once.

“There has recently been an escalation in his behaviour – he’s delivered things to my workplace, stalked me, and his associates have also been hanging around my workplace,” she says.

Hearts of Purple is a volunteer-run charity in Queensland that assists survivors of domestic violence.

Perpetrators often break or disable their victim’s phone, leaving them unable to call for help. To combat this, the charity provides a Tek Safe Wearable Duress Alarm watch to clients at high risk of being killed. 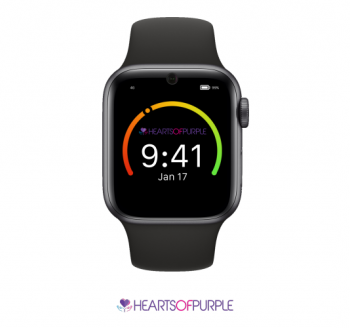 The watch is supported by a 24/7 monitoring centre that tracks incoming alerts and responds with sensitivity.

Stephanie wears the watch at all times.

“It’s been a horrible process but I’ve done everything within my power to keep myself safe and wearing the watch is one of those things,” she says. “It very much provides me a level of assurance that if I do have an encounter I’m not on my own.

“There’s a couple of different functions on the watch. If I tap one button three times it sends a live video feed to Hearts of Purple and the police monitoring service. I can talk to them through it. I can also tap twice to send my exact GPS location, then someone contacts me to ask what sort of help I need.”

Hearts of Purple have provided Stephanie and her three teenage daughters with support beyond the watch – the family even attends events and volunteers for the charity when they can.

And Stephanie is doing what she can to change the system. She has been part of a domestic violence support group for women who’ve been subjected to strangulation, spoken at Parliament House, had meetings with ministers, and put a submission into the recent review on coercive control. She raises the subject when she can and is open about her own experiences. 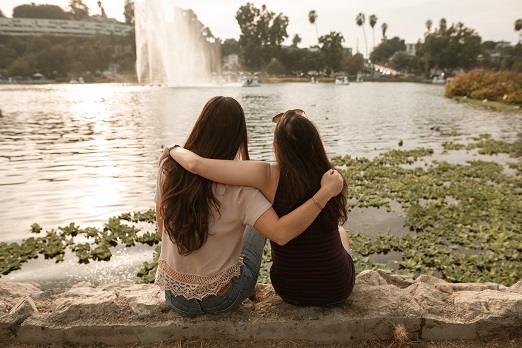 Working to change the system for the better and wearing the watch gives Stephanie hope for the future.

A life without fear

“I used to avoid going out, wouldn’t go places by myself. But having the watch makes me feel like I can,” says Stephanie. “I can go to the shopping centre, go and do things. It changes my view on how I function in a day.”

Stephanie says there will come a day when she doesn’t wear the watch anymore, but she can’t yet say when that will be.

“I’ve been able to get to a point where I’m no longer on anti-depressants or anti-anxiety medication. I can get back into normal life and the community with my kids, and not live my life in fear.”

How does the Sisters of Charity Foundation support domestic violence survivors?

This Christmas we need your help to give survivors a fresh start – please, donate to our Christmas Appeal now.

*Name has been changed for safety reasons.

We’re thrilled to announce the 23 lifechanging community projects to receive funding as part of our February 2022 grant round.

Wayne finds acceptance and healing after a traumatic childhood

A lifetime of rejection, bullying, and dealing with a chronic health condition led Wayne to develop depression and alcoholism. Life-Gate helped him turn it all around.

This collection of educational resources, podcasts, videos and webinars will help inform you about modern slavery and human trafficking in Australia – so you’ll be able to recognise and report a crime when you see it.