New program will give hope to victims of slavery in Australia

The Salvation Army and the Sisters of Charity Foundation are partnering to help the estimated 15,000 people who live in slavery-like conditions in Australia today.

It might be migrant workers being paid minimal wages and working long hours, a child bride being forced to marry by her father, fruit-pickers isolated and underpaid on rural farms, or child labour in its worst forms – but there is growing evidence that modern slavery is alive and well. A new housing program is seeking to help rebuild the lives of these victims.

The program, a first for Australia, was launched on Thursday 20 February 2020, through a partnership between the Sisters of Charity Foundation, The Salvation Army and The Salvation Army’s housing program known as Salvos Housing.

The program will deliver transitional housing for survivors of modern slavery in a new model aimed at transitioning them to independent living. The Global Slavery Index 2018 estimates that on any given day in 2016, around 15,000 people were living in slavery-like conditions in Australia. Precise figures for victims are difficult to obtain because of the secretive nature of the problem.

How will we help victims of modern slavery in Australia?

The Sisters of Charity Foundation will provide seed funding for the program, as well as brokerage to help clients set up a home. Salvos Housing will work with clients to find suitable accommodation that is affordable as well as accessible for work and transport, and the Salvation Army will provide case management and support to ensure the clients are managing their tenancy, eventually transitioning the lease to the client so they can live independently.

Sisters of Charity Foundation CEO Reba Meagher says the model has the advantage of providing accommodation that is tailored to the individual’s needs and overcomes the barrier of entering the rental market experienced by people who have no previous rental or employment history.

“This approach also eliminates the need for the client to move again when they exit the program,” Ms Meagher says. “Rather, from the very beginning of their entry to the program, clients are setting up their own home and life with targeted support.”

Modern slavery practices, often considered to be hidden crimes, are receiving greater attention thanks to the efforts of anti-slavery advocates like Grace Forrest, who co-founded modern slavery foundation Walk Free with her father, Australian billionaire Andrew Forrest. Federal Parliament passed a Modern Slavery Act in late 2018, requiring Australian companies with annual revenue of more than $100 million to report annually on the risk of modern slavery in their supply chains.

The Sisters of Charity Foundation brings to life the mission of the Sisters of Charity of Australia through creative partnerships. Salvos Housing Tenancy Manager Cheri Erai-Collins says the Anti-Slavery Housing Program “will deliver critical housing services to this little-known group of extremely traumatised and disadvantaged people.”

The program was launched in the presence of the Sisters of Charity Foundation Patron, His Excellency the Honourable David Hurley AC DSC (Retd) Governor General of Australia in Sydney on Thursday 20 February 2020.

Learn more about the work of the Sisters of Charity Foundation

The Sisters of Charity Foundation provide practical and meaningful assistance to those who need it most in our community.

If you’d like to support our housing program, you can make a donation or learn how to set up a workplace giving arrangement here. 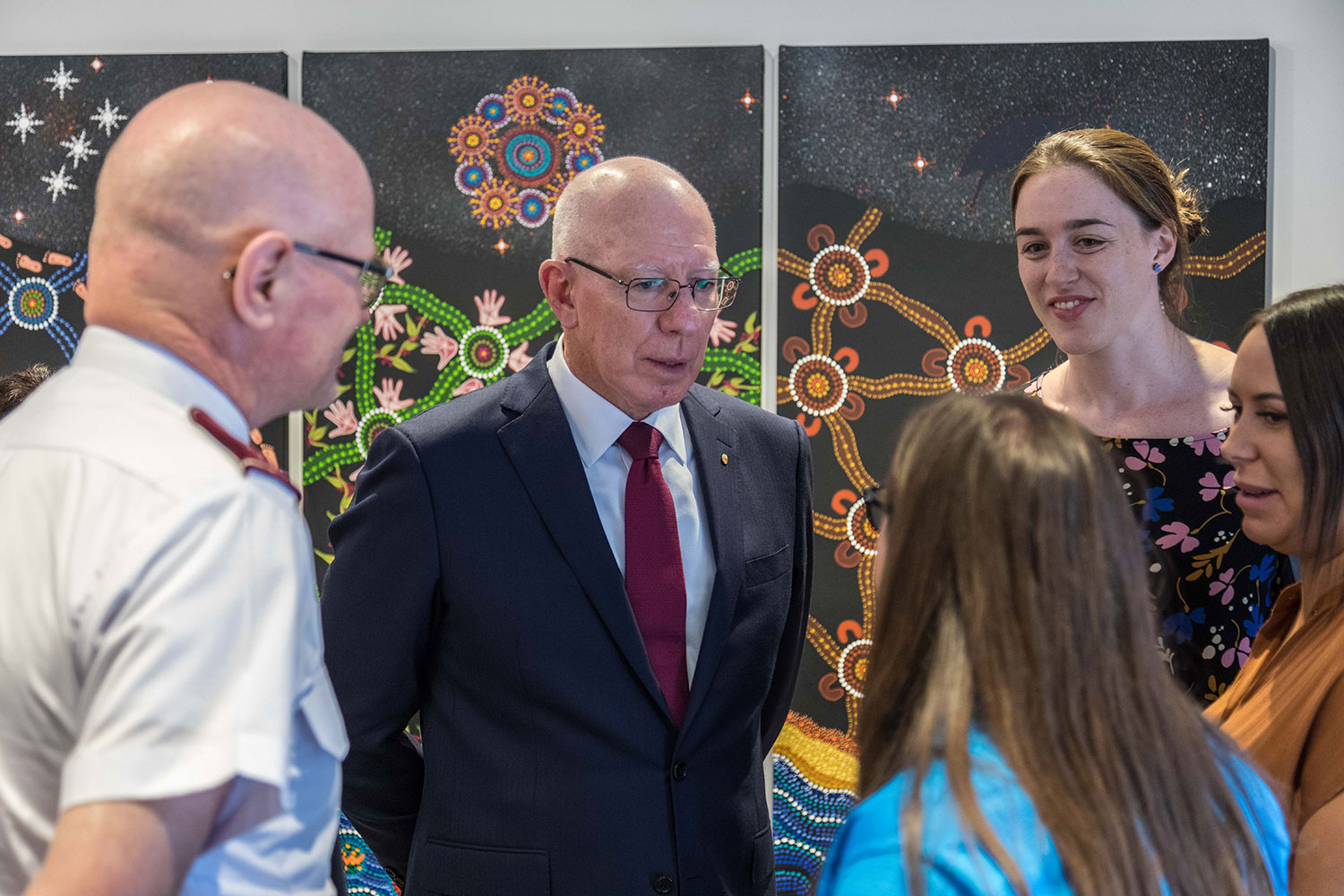 What are the tax benefits of donating to charity?

Making a contribution to the Sisters of Charity Foundation at tax time has important benefits for you or your business. Donating to charity allows you to lower your taxable income – without taking a pay cut.

We’re excited to announce the 16 fantastic community projects to receive funding as part of our July 2021 grant round.