Examples of modern slavery in Australia

It isn’t widely known, but modern slavery and human trafficking are happening in Australia. We all have a part to play in stamping out this horrendous practice – and step one is getting informed. Have a read of these recent examples of modern slavery in Australia so you can recognise when someone is being taken advantage of.

Human trafficking and modern slavery describe situations where people are forced into exploitative situations for someone else’s profit or gain. These crimes can be difficult to detect because victims may not speak English, are afraid of retaliation or losing their migration status.

Mary was a 25-year-old woman from the Philippines. She and her family lived in a single room, with no electricity or running water. She left school when she was 13 to look after her younger siblings, and worked in a sewing factory to earn $10 per week.

Mary’s aunt arranged for her to get a job as a domestic worker in Australia for $800 per month. Mary didn’t know much about Australia, and didn’t speak any English; despite this her family encouraged her to take the opportunity.

Mary arrived in Australia and was met by her new boss, Mr K, at the airport. She was forced to work from 6am to 6pm at Mr K and his wife’s shop, and then do the domestic work at their house at night – 7 days a week. She wasn’t allowed to leave the shop or house. Mary was also sexually assaulted by Mr K two to three times a week, and was threatened by Mr K that she could go to jail if she went to the police. British IT worker Haider Malik, 30, spent three months working as a fruit picker in Australia while backpacking. He says exploitation of backpackers was very prevalent at the farms he worked at and some were notorious for underpaying.

Mr Malik often worked overtime without being paid, seldom received a minimum wage and paid up to $240 in rent for a four-person share bedroom. Payslips reveal he was paid $14.50 for two and a half hours picking cherry tomatoes; on another occasion he was paid around $53 for about six hours work. He says that workers with language barriers were even more vulnerable to underpayment, overtime and poor working conditions.

Raena was en route to a sheep farm in rural South Australia, when her new employer started sliding his hand on her inner thigh, telling her she was his ‘type of backpacker’. The farmer’s harassment started from the first day she arrived and continued throughout the duration of her stay. Nasty comments, manipulation and inappropriate behaviour were normal, but Raena felt trapped into staying because she was relying on the job to fulfill her visa requirements.

During one of the farmer’s anger fits, triggered by the breakdown of his Bobcat, Raena says he asked her to dig a hole that was five feet deep, wide and long — with her hands. “It took me five days to dig this hole. He just said, ‘Fill it’. I asked, ‘What was the point of me digging this, why did I have to dig this with my hands?’ He just laughed and said, ‘I broke my Bobcat, I was mad.’” 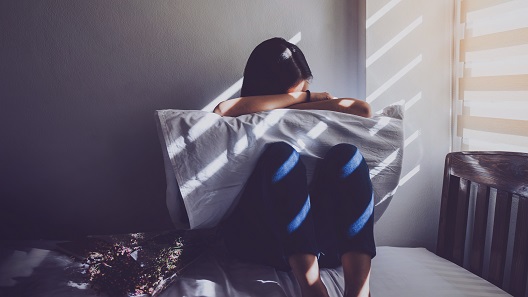 Ayla’s teacher noticed that her 17-year-old student seemed depressed and had taken a lot of time off school. The teacher thought Ayla’s family very strict and controlling – Ayla always had someone with her outside school hours and her classmates said she wasn’t allowed to go out with friends without a chaperone.

Ayla eventually confessed that her parents took her to visit relatives, and told her she’d only be able to return to school if she agreed to marry a man she’d never met. Ayla obeyed her parents and married the man. When she turned 18, she’d be forced to sign migration papers for him so that he could come to Australia.

Ayla told her teacher that she feels like a slave, and never wanted to marry him. She felt trapped and was scared to leave her family. The teacher contacted the Australian Federal Police (AFP) for help.

Abdul, a 35-year-old construction worker from Indonesia, was offered a contract in Australia at the award wage. Thinking this was an opportunity to earn money to provide an education for his four children, he came to Australia to work. However, with no English, no Australian qualifications and no safety briefing, he worked on a construction site in Canberra six days per week, earning $250 – of which $100 was taken back by his employer to cover accommodation on his remote farm. Abdul says he was not given any information about working conditions and fair rates of pay.

How is the Sisters of Charity Foundation helping victims of modern slavery?

The Foundation launched the Modern Slavery Housing Program in partnership with The Salvation Army in February 2020.

When a survivor of modern slavery is ready to start becoming independent – they might have been through trauma counselling, secured a permanent visa, taken English classes and landed a job – the program helps them set up a permanent home in a location of their choice.

We’re thrilled to announce the 23 lifechanging community projects to receive funding as part of our February 2022 grant round.

Wayne finds acceptance and healing after a traumatic childhood

A lifetime of rejection, bullying, and dealing with a chronic health condition led Wayne to develop depression and alcoholism. Life-Gate helped him turn it all around.

This collection of educational resources, podcasts, videos and webinars will help inform you about modern slavery and human trafficking in Australia – so you’ll be able to recognise and report a crime when you see it.